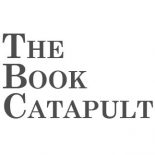 Amazon in the ‘hood?

I’d be remiss as a Catapult Operator if I didn’t get back on the soapbox at this point. I spent much of the first few years of the Book Catapult writing pieces about Amazon.com, the inherent evils of their CEO Jeffery Preston Bezos, and his plan for complete book industry domination. Everything I ever talked about, hypothesized on, had nightmares about seems to be coming to fruition.

Amazon Rumored to Be Opening 400 Bookstores

Through the 1990’s and up to 2005 or so, the chain bookstores (mainly Barnes & Noble and the now defunct Borders) succeeded in crushing the life out of a large amount of independently operated bookstores in this country. Ebooks arrived and threatened all brick-and-mortar stores, chains and indies alike. Borders made the insanely stupid error of allowing Amazon to operate their website and was in turn crushed themselves. Somehow, in the shadow of all of this, many independent bookstores not only survived, but thrived. And many more sprang up in communities begging for a locally owned & operated bookshop. A lot of people seemed to actually find value in not just a store that sells books, but the physical book itself. Imagine that! For the most part, times are good right now for the indie store – there are fewer and fewer chain bookstores in their communities and people seem to have roundly rejected the eBook as a full-on replacement for the traditional bound book. Did we think ol’ Jeff was just going to sit by and watch this indie bookstore resurgence and be content with the massive market share his company already has? Don’t be an idiot.

Last November, Amazon opened their very first physical bookstore in Seattle, WA, filling it with website bestsellers and titles with 4-star customer ratings or higher, all faced out on the shelves. “Every book is tagged with a custom label featuring its aggregate rating on Amazon.com, along with a review from the website. To get a book’s price, you must use the Amazon app on your smartphone to scan the barcode.” (Inside Amazon’s First Physical Bookstore) Okay, great, good luck with that. Personally, I can’t understand who the customer in a physical Amazon store is. Prime members who… like shopping in physical bookstores? Or people who love shopping in physical bookstores but have been somehow unhappy with the dozens of indie bookstores in Seattle? Seriously, think about it – if you love Amazon, isn’t it because you can buy books from them while sitting on your couch in your underpants at 2:00 in the afternoon on a Wednesday? Not because they have storefront you have to leave your house to go visit? But I digress.

So now… the rumors flying around this past week are that Amazon is planning on opening somewhere between 250 and 400 physical stores around the country. They deny this, of course, feigning anger at such speculations, but we all know the truth is buried in there somewhere. And how interesting this is! Destroy all physical bookstores, build your business to unfathomable heights ($35.75 billion in revenue in the LAST QUARTER of 2015 alone!), then build your own bookstore in the perceived vacuum you’ve created. Brilliant. Like a mad genius super-villain. Destroy all competition and make yourself the only player on the block. For years whenever a customer came into a bookstore I was working in and said some combination of “It’s cheaper on Amazon,” “I bought this book for this event you’re hosting on Amazon, what’s the problem?” or “Thanks for taking 20 minutes to recommend books to me, I’ll just buy them on Amazon. Because they’re cheaper”, my reply was usually a watered down version of “Someday soon, asshole, there won’t be any other option for buying books other than your beloved Amazon. Do you like these author events? Do you see the benefit of having a live bookseller recommend books to you? Do you enjoy the warm feeling you get from shopping in a local store and keeping your neighbors employed?”

I stand by the sentiment, but I was so, so wrong in my predictions.

Yes, if you ignore the incredible, resilient community of independent bookstores all over the country and tell yourself that it’s sad that there’s no longer a Borders in your mall, the prospect of having Amazon move their bloated, bookstore-devouring body into your neighborhood might sound great. They’re not only the last big fella standing, but they’re now going to attempt to do exactly what the dead ones were doing. They’ve been rumored to be open to author events, their physical stores will be staffed by “booksellers,” and a store in your mall would most definitely be local, there’s no denying that. Then this news surfaced: www.amazon.jobs/jobs/376581. These are job postings on Amazon’s job board for several positions in the La Jolla neighborhood of my town, San Diego. And a neighborhood where there are at least three independent bookstores located – including 2 that have employed me at one point or another.

Is there room at the Amazon bookstore for authors like Ron Carlson or Scott Ehrig-Burgess?

How can this move be considered anything other than predatory? Will it make a difference? Will the person shopping at this new Amazon store in the mall (the assumption is that it will be in this UTC mall) even be aware of Warwick’s or D.G. Wills Books or even the huge independent college bookstore across the street? Does Amazon consider the wildly successful model of the independent bookstore – not a new thing, mind you – to be so worthwhile a venture that they are breaking their very own model of exclusively online service, to open hundreds of their own physical locations?

So who has won this battle in the war, I ask you?

This move is either the next calculated move in Amazon’s plan for market dominance or their last desperate attempt to capitalize on the one facet of the market that they’ve been unable to conquer. The latter actually illuminates the scary, predatory part of all of this. The trick is that Amazon can afford to lose money on these physical stores – and in fact, they have to be losing money on them by selling all the books at the same prices available on their website. Imagine an independent bookstore who price-matched Amazon – how long do you think they would last? And if publishers, out of financial fear of Amazon, start sending their authors to Amazon stores in towns where they normally would’ve visited an independent store, well, then these are truly dark times, friend.

Bottom line though, Amazon only provides services that the American public is willing to pay for. As long as we’re okay with allowing our local economies to slip into faceless, Wallmart-y nothingness, Amazon will continue to profit. Eventually, that scenario where there are no other options – for anything – other than Amazon will come to be true. Is this what we want? What is the inherent value to your community in an Amazon bookstore? I’ve written plenty of inflammatory, ridiculous things about Amazon and Jeff Bezos over the years, but consider this to be my one last plea with America’s bookbuying public to turn your back on this company of sharks and support your local independent booksellers instead. Why? Even if you’ve somehow been able to overlook everything I’ve been saying, PLUS the infamous Mother Jones article, PLUS the eye-opening NY Times piece from last summer, know this: Amazon is predatory in how they attack their competition, how they handle their employees, and how they treat communities all across this country – all under the guise of being this super-happy, friendly, customer-loving megastore. It is all 100% unadulterated bullshit. I will leave you with some heavy reading as proof of how bad Amazon really is for the American economy and the the health of our communities:

The American Booksellers Association, working with a third party analytics firm called Civic Economics, released a report called “Amazon and Empty Storefronts” that I would encourage anyone interested in the future of our economy to take a look at. Some of the statistical findings are staggering. For example:

So I implore you, America, don’t allow this predatory company to destroy all that is original, interesting, thought-provoking, empowering, and fucking great about the retail bookselling community. These stores were created in your communities to fill a need – a need for literature, conversation, intellectual thought. They are that “third place” where one can go to engage our fellow human being in such intellectual thought, to discover written words that stir our souls, to shake the hand of the lady who wrote our favorite book. They are not gussied up Kindle stores where you can buy a 5-star reviewed, self-published erotic romance novel for $1.99.

All of this should have some inherent value to you as a human being. Time to step up.

This entry was posted on February 6, 2016 by bookcatapult in Amazon, Jeff Bezos, rant.